New Radical Black Mayor of Jackson, MS: Lumumba Is A Former Leader of ‘Republic of New Afrika’, Dedicated To Transforming South Into An Independent Socialist Black Nation
Posted by Roman at 7:33 AM No comments:

Conservative media has come a long way, baby, but has a longer way to go

Conservative media has come a long way, baby, but has a longer way to go
Posted by Roman at 8:54 AM No comments: 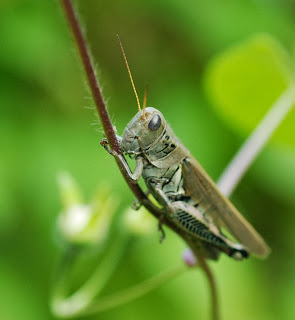 Delta II launch as seen from a skydiving view. 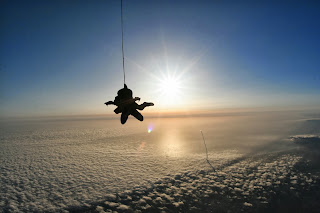 Why "stand down" orders for DC SWAT team?

Members of a Washington DC Swat team who the BBC has learned were ordered not to respond to Monday's Navy Yard shootings have yet to be contacted by the authorities.
The Capitol Police tactical response team was told by a supervisor to leave the scene instead of aiding municipal officers, sources told the BBC.
Meanwhile, the department has installed a new leader of the elite unit. No reason has been given for the decision.
Gunman Aaron Alexis killed 12 people.
The BBC has also learned that four members of the highly trained team have applied for temporary leave, as they "grapple" with the aftermath of the incident.
The Capitol Police department has not yet granted the request, nor given approval for them to use their own paid time off.
Command shake-up

Days after the shooting, none of the officers has been questioned by officials or investigators from a special panel that was convened on Wednesday.
Members of the Containment and Emergency Response Team (Cert) are typically debriefed "right away, at the very least the following day" after an incident, a Capitol Police source said.
"[They] haven't even been given the courtesy of a debrief… They have not even been given an answer as to why the decision was made that they should not respond," the source added.
Another Capitol Police source close to the incident told the BBC: "No-one's talked to these officers since this happened."
On Thursday, members of the tactical unit, which has several dozen members, were told that it had a new leader, a Capitol Police source said. It is not clear why the command shake-up occurred.
Four Cert team members wearing full tactical gear and armed with HK-416 assault weapons arrived on scene at Navy Yard at 08:36 (12:36 GMT) on Monday, after reports surfaced of an active gunman at the complex at 08:20.
According to sources, an officer with the Metropolitan Police Department (MPD), Washington DC's main municipal force, told the Capitol Cert officers they were the only police on site equipped with long guns, and requested their help stopping the gunman.
When the Capitol Police team radioed their superiors, they were told by a watch commander to leave the scene, the BBC was told.
On Thursday, FBI Director James B Comey Jr told ABC News it took roughly half an hour for armed police to arrive and engage Alexis. All 12 victims were killed within that time.
Capitol Police sources suggest "lives may have been saved" if the Cert team had been allowed to intervene.
'Better off this way'

On Wednesday, Capitol Police Chief Kim Dine appointed a "Fact Review Team" to investigate the department's response to the Navy Yard shootings. It will report back on 21 October.
But on Thursday sources questioned the efficacy of such a panel.
They said Capitol Police officers had more confidence in the results of an independent FBI investigation which aims to uncover the facts surrounding the incident.
One officer close to the situation called the lack of communication from department leadership "unforgivable".
Details of the gunman and the shooting continue to emerge.
Alexis, a former Navy reservist, reportedly had a history of mental health problems and gun-related brushes with the law.
He had sought treatment for insomnia at two Veterans Affairs hospitals in the last month, according to media reports.
Law enforcement officials said the IT subcontractor had carved the messages "better off this way" and "my ELF weapon" on the stock of his sawn-off Remington 870 pump-action shotgun.
All victims were killed in hallways or their offices, not in the building's atrium as media outlets previously reported.
Alexis also gunned down a security guard and took his Beretta handgun, Mr Comey said.
Posted by Roman at 8:56 AM No comments:

Dick Durbin’s Poster Child For Illegal Immigrant: A Creeping Sharia Illegal Who Stated On Facebook “F*ck Israel. F*ck Zionists”
Posted by Roman at 7:11 AM No comments:

This morning's sunrise.  Notice near the lower center, a morning glory vine searches for something to climb on. 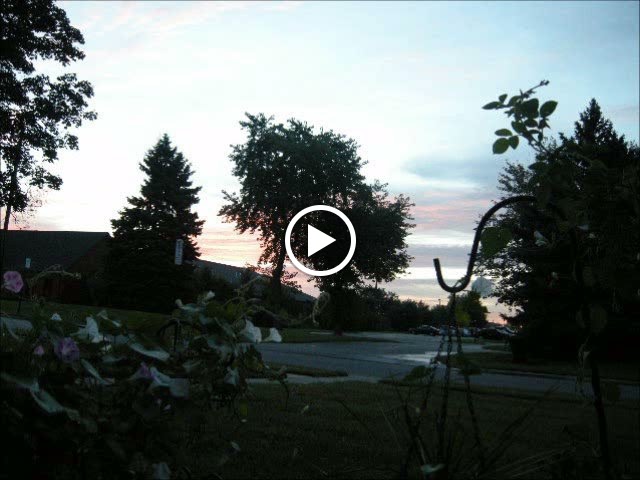 Egypt Muslim Brotherhood ‘Murders Christians For Not Paying Jizya Tax’
Posted by Roman at 8:51 AM No comments:

Father Who Beats Peeping Tom Spying On His Daughters Faces Felony Charges
Posted by Roman at 10:57 AM No comments:

Rush Limbaugh Explains ‘American Exceptionalism’ to Obama and Putin in Epic Monologue
Posted by Roman at 10:55 AM No comments:

Syrian Rebels To Christians: Convert to Islam Or Die!

Syrian Rebels To Christians: Convert to Islam Or Die!
Posted by Roman at 9:57 AM No comments:

No Joke: Susan Rice Will Brief Congress On Reasons To Attack Syria On Anniversary of Benghazi…

No Joke: Susan Rice Will Brief Congress On Reasons To Attack Syria On Anniversary of Benghazi…
Posted by Roman at 8:25 PM No comments:

NewsBusters asked Saturday if the media will report a New York man becoming brain dead as a result of an unprovoked attacked by a man saying "I hate white people."
So far with the exception of local New York coverage, the answer is a resounding "No."

Analyses of Google News, LexisNexis, and closed-caption transcripts found absolutely no national reporting of Jeffrey Babbitt, the 62-year-old retired train conductor now in a coma at Bellevue Hospital.
Not one word on ABC, CBS, CNN, MSNBC, or NBC.
Potentially even more curious, the largest newspaper in New York, the New York Times, appears to have not reported this attack despite it occurring in its own backyard.
If Babbitt were black, and his assailant shouted "I hate black people" before inflicting what appears will be a death blow, would America's media be so disinterested?
Or would this be headline news much like what we saw with Trayvon Martin and George Zimmerman?
Sadly, we all know the answer as our media have once again shown that they are only interested in white on black hate crimes.
The other variety just don't fit the agenda.
*****Update: It turns out the New York Times did report this matter at its website Friday and in print Saturday. Unfortunately, the name of the assailant was wrong and the article didn't include Babbitt's. That's why it appeared this event had gone unreported.
Readers are advised the errant report was a total of 152 words buried on page 21.
I guess that's the importance the Times gives to black on white hate crimes.
Posted by Roman at 1:02 PM No comments:

Still Nothing to See Here

Still Nothing to See Here
Posted by Roman at 9:30 AM No comments:

Sorry Irthers: The Arctic Ice Cap Has Returned!
Posted by Roman at 7:38 AM No comments:

Obama: Attack of the Reptile Brain

Obama: Attack of the Reptile Brain
Posted by Roman at 11:05 PM No comments:

Hilarious: Kerry Redefines War, Unsupported by Military
Posted by Roman at 7:40 AM No comments:

Faces of Evil in a Violent Underclass

Faces of Evil in a Violent Underclass
Posted by Roman at 6:51 PM No comments:

UPDATE: Seven Muslims Caught Trespassing At Quabbin Reservoir Is A “Criminal Matter”
Posted by Roman at 8:16 AM No comments: