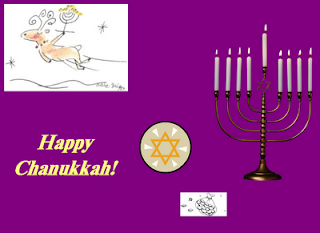 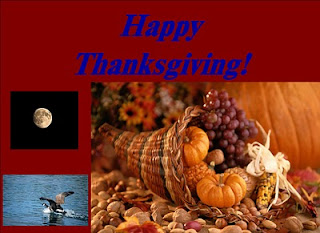 Tax and Spend, it never changes.

The draft recommendations of the president's commission on deficit reduction call for closing popular tax deductions, higher gas taxes and other revenue raisers to drive tax collections up to 21% of GDP from the historical norm of about 18.5%. Another plan, proposed last week by commission member and former Congressional Budget Office director Alice Rivlin, would impose a 6.5% national sales tax on consumers.

The claim here, echoed by endless purveyors of conventional wisdom in Washington, is that these added revenues—potentially a half-trillion dollars a year—will be used to reduce the $8 trillion to $10 trillion deficits in the coming decade. If history is any guide, however, that won't happen. Instead, Congress will simply spend the money.

In the late 1980s, one of us, Richard Vedder, and Lowell Gallaway of Ohio University co-authored a often-cited research paper for the congressional Joint Economic Committee (known as the $1.58 study) that found that every new dollar of new taxes led to more than one dollar of new spending by Congress. Subsequent revisions of the study over the next decade found similar results.

We've updated the research. Using standard statistical analyses that introduce variables to control for business-cycle fluctuations, wars and inflation, we found that over the entire post World War II era through 2009 each dollar of new tax revenue was associated with $1.17 of new spending. Politicians spend the money as fast as it comes in—and a little bit more. ...

We're constantly told by politicos that tax increases must be put "on the table" to get congressional Democrats—who've already approved close to $1 trillion of new spending in violation of their own budget rules over the last two years—to agree to make cuts in the unsustainable entitlement programs like Medicare and Social Security.

Our research indicates this is a sucker play. After the 1990 and 1993 tax increases, federal spending continued to rise. The 1990 tax increase deal was enacted specifically to avoid automatic spending sequestrations that would have been required under the then-prevailing Gramm-Rudman budget rules....

The grand bargain so many in Washington yearn for—tax increases coupled with spending cuts—is a fool's errand. Our research confirms what the late economist Milton Friedman said of Congress many years ago: "Politicians will always spend every penny of tax raised and whatever else they can get away with."
Posted by Roman at 7:30 AM No comments:

Former U.S. Vice President Al Gore reportedly has had a change of heart on ethanol, telling a conference on green energy in Europe that he only supported tax breaks for the alternative fuel to pander to farmers in his home state of Tennessee and the first-in-the-nation caucuses state of Iowa.

Speaking at a green energy business conference in Athens sponsored by Marfin Popular Bank, Gore said the lobbyists have wrongly kept alive the program he once touted.

"One of the reasons I made that mistake is that I paid particular attention to the farmers in my home state of Tennessee, and I had a certain fondness for the farmers in the state of Iowa because I was about to run for president," the wire service reported Gore saying.

Credits for corn ethanol subsidies expire at the end of the year unless Congress moves to renew the $7.7 billion annual program. Opponents of the corn subsidies say that it removes valuable food products from the table because the U.S. ethanol industry drives up the price of corn.

Reuters reported that Gore attributed a variety of factors to the food pricing crisis that has emerged, but that biofuels definitely have had an effect.

"The size, the percentage of corn particularly, which is now being (used for) first-generation ethanol definitely has an impact on food prices," he said. "The competition with food prices is real."

More than half of all corn production in the U.S. goes to feeding livestock. On Monday, Agrinet news reported that the USDA's world outlook board has found that the quality of corn production, despite the lower production level, had improved livestock weights, making beef, pork and chicken healthier and therefore able to feed more people.

Reuters reported that Gore had less concern about second-generation ethanol production, which does not compete with food since it uses chemicals or enzymes to extract sugar from fiber in wood, waste or grass.

"I do think second and third generation that don't compete with food prices will play an increasing role, certainly with aviation fuels," Gore reportedly said.

The Media Research Center's Noel Sheppard noted that as vice president, Gore was the tie-breaking vote in 1994 when the Senate voted to authorize ethanol production. Sheppard said that those who question Gore's motives behind the climate change movement that landed the former vice president a Nobel prize and Oscar should also look to his comments on ethanol.

"So more than 10 years ago, Gore supported an expensive, 'not good policy' because he thought it would help him get elected president. Yet media don't believe he'd misrepresent the threat of manmade global warming in order to become extremely rich," Sheppard wrote Monday.

Read more: http://www.foxnews.com/politics/2010/11/22/report-al-gore-reverses-view-ethanol-blames-politics-previous-support/#ixzz162zfEqiw
Posted by Roman at 4:04 PM No comments:

Why isn't Rangel in custody?

Brings a tear to this old man's eye

Guantanamo detainee convicted of 1 conspiracy count, acquitted of murder in NYC terror trial | Washington Examiner
As Glenn Reynolds would say: "the country is in the best of hands>"
Posted by Roman at 7:57 PM No comments: 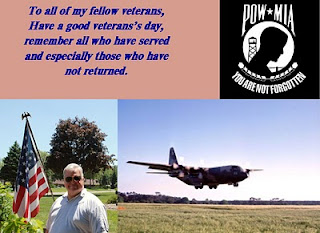 Happy Birthday to all my US Marine friends