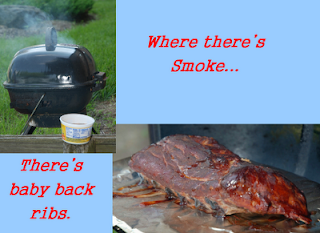 Obama: US Military Is ‘One Of The Finest’?!

Posted by B. Daniel Blatt at 12:59 pm - May 29, 2011.
Filed under: Economy,Media Bias,Obamania
Puttering around the apartment this morning beginning my day, I wondered how, without Lexis/Nexis I could test a particular theory of mine, that many economic reporters always seem to find a silver lining in the somewhat dark clouds hovering over our economy in this brave new Obama era while in the previous administration, they always found a dark lining in those silver economic clouds.
Then, just moments later, while munching on my cereal and reading Instapundit (often the first blog over than this one I check every morning), I find this link to one of my favorite pundits exploring another aspect of media bias on the economy;


MICHAEL BARONE: Pro-Obama media always shocked by bad economic news. “I’m confident that any comparison of economic coverage in the Bush years and the coverage now would show far fewer variants of the word ‘unexpectedly’ in stories suggesting economic doldrums. It’s obviously going to be hard to achieve the unacknowledged goal of many mainstream journalists — the president’s re-election — if the economic slump continues. So they characterize economic setbacks as unexpected, with the implication that there’s still every reason to believe that, in Herbert Hoover’s phrase, prosperity is just around the corner. . . . We tend to hire presidents who we think can foresee the future effect of their policies. No one does so perfectly. But if the best sympathetic observers can say about the results is that they are ‘unexpected,’ voters may decide someone else can do better.”

Read the whole thing.  It’s not exactly the post I had in mind, but does address the biased coverage of the economy.  Maybe with a little legwork, I’ll be able to track down economic reporting which puts a positive gloss on negative economic numbers.  Do recall the Anchoress did some posts on how economic coverage in the Bush years skewed negative even before the economic downturn that followed (by a year) the election of a Democratic Congress in 2006  – at a time when the economy was growing, jobs were being created and unemployment remained low.  (Here’s one of her posts on the matter.)
Posted by Roman at 3:14 PM No comments:

It's always a great day to be an American. God Bless the USA. 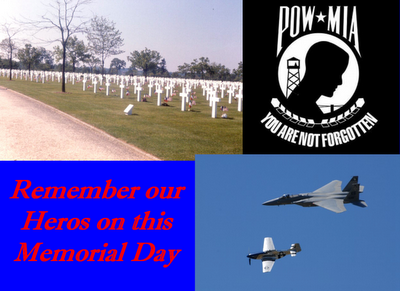 The Sad Truth: Pretty Girls Get Free Stuff
Posted by Roman at 5:26 PM No comments:

Tornado blame by a real meteorologist

Obama, why no one invites him to weddings.

Rob Lowe: Conservative Politics Built on Logic
Posted by Roman at 9:17 AM No comments:

Labels: Klaven on the Culture

Network That Once Refused to Air ‘Support the Troops’ Ad, Currently Running Ads from Group with Terror Links

Network That Once Refused to Air ‘Support the Troops’ Ad, Currently Running Ads from Group with Terror Links
Posted by Roman at 7:18 PM No comments:

Demagoguery 101 - Charles Krauthammer - National Review Online
Posted by Roman at 8:41 AM No comments:

Using Better Technology to Decipher Osama&#8217;s Information Trove
Posted by Roman at 8:09 AM No comments:

JammieWearingFool: Dumbest Woman on the Planet: Let's Pay Terrorists ...: "Watch the latest video at video.foxnews.com Give terrorists book deals rather than using torture? What a blithering idiot. She makes the o..."
Posted by Roman at 6:53 PM No comments:

I am very pleased with the heroic actions of our military, but the hostilities will continue for a very long time. God Bless the USA! 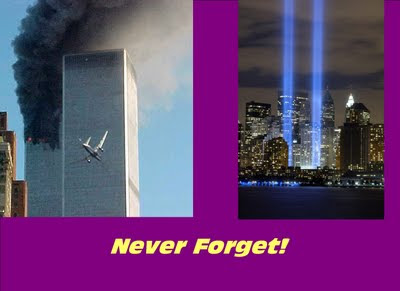 JammieWearingFool: The New Tone: California Democratic Party Chairman...: "Imagine my surprise to discover there are actually some Republicans left in California. John Burton, the state Democratic Party chairman, c..."
Posted by Roman at 5:24 PM No comments:

Except for ABC, Media Ignore George W. Bush's Mountain Bike Ride with Wounded War Veterans
Posted by Roman at 11:44 AM No comments: