Two out of three ain't bad. One of my faves.

Can John Kasich and Tea Party activists save Ohio?

I first saw John Kasich in person at a county Lincoln Day dinner in early 2007. Though the former congressman was a bit under the weather, his animated, passionate style and strong convictions were still quite evident. When he said, in essence, that “Ohio is circling the drain,” you knew he meant it, even though I doubted it.

I shouldn’t have. With the election of Ted Strickland, I believed that trouble was probably on the way. I didn’t appreciate that it was already here.

A recent USA Today chart compiled from government data reported that from 2001 to 2010, Ohio’s economy contracted. Not by much, mind you — 0.7% — but only auto-overdependent Michigan fared worse (-7.1%), and no other state grew by less than 6%. As a whole, despite the Internet bubble, the 9/11 attacks, and the recession, the country’s gross domestic product (GDP) grew by over 16% during the decade. Meanwhile, the Buckeye State’s economy spent the time mired in mediocrity and worse, and all those who could have done something about it did was damage.

Republicans promote economic growth, low taxes, and minimal regulation, right? If that were the case, 2001 through 2006, with the GOP in firm control of all branches of government, should have been the Buckeye State’s golden years. Instead, Governor Bob Taft, a pliant legislature, and pay-to-play cronies at ORPINO (the Ohio Republican Party In Name Only) increased taxes in 2003 and allowed state government, its headcount, and its workforce costs to grow at alarming rates. Ohio’s economy barely budged during those years, and was second-worst in the country (again, only Michigan trailed). On a per-capita basis, the state’s GDP grew by less than 0.3% per year. During 2003 through 2006, while the U.S. economy as a whole added over 6.1 million jobs, Ohio added a pathetic 6,000, gaining back hardly any of the 191,000 jobs lost during the decade’s first two years. The state’s 2005 revenue-neutral tax restructuring, which included an awful gross-receipts tax, did more harm than good.

As bad as the Taft era was, it was just a warmup. Under Strickland, with the hugging cooperation of Republicans in the legislature, Ohio’s economy tanked well ahead of the recession as normal people define it (July 2008 through June 2009). After losing 7,000 jobs in 2007 while the country gained almost 1.1 million, the state saw over 400,000 jobs — an astonishing 7.7% of the workforce — vanish during 2008 and 2009. Under “Turnaround Ted,” there was no jobs recovery; fewer Ohioans were working during Strickland’s final month than when the recession officially ended 18 months earlier.

If the Strickland administration did anything meaningful to stop the bleeding during its four-year reign, I certainly didn’t see it. Dayton high-tech icon NCR, the home of the original cash register over a century ago, left the state for Georgia; politicians of both parties, who clearly weren’t maintaining their business community contacts, were totally blindsided. The only thing I recall Ted Strickland doing is begging Washington for stimulus money. All that did is enable the state to keep its bloated structure essentially intact for two years while delaying and worsening the ultimate day of reckoning. Strickland, who fortunately became the first incumbent Buckeye State governor since 1974 to fail to win reelection, though by a scary-slim margin, left a state which had shrunk by over 3% during his four-year term — fifth-worst in the nation, beating out only Nevada, Michigan, Florida, and Arizona — and an $8 billion budget hole for Kasich, his successor.

Kasich and legislative leaders first pushed through SB5, a union-limiting cost control measure similar in many ways to Wisconsin’s better-known budget repair law, despite a poor performance by the PR-averse ORPINO, the opposition’s fundamentally dishonest claims, and some opponents’ sickening, Badger State-like childishness. As of this writing, Kasich and the GOP-dominated legislature, which lost the House in 2008 but won it back in 2010, appeared on the verge of meeting the budget challenge without raising taxes.

There’s a new constructive attitude in state government which, despite early stumbles, some by Kasich himself, shows signs of becoming contagious. “A new way, a new day,” and moving “at the speed of business instead of at the speed of a statue” may actually be more than corny slogans.

Most important, though it’s far too early to get overly excited, the state’s workforce is finally growing again. Through May, Ohio added 70,000 seasonally adjusted jobs, the fourth-highest in the country in percentage terms, and easily the best of any industrial state. It’s the best January through May result since 1994, which will not surprise longtime Buckeye State residents, as that is about the time when second-term governor and alleged Republican George Voinovich became just another tax-and-spend politician. The Kasich administration has also scored key corporate saves of companies which were considering leaving the state.

If anything will keep Ohio from legitimately turning around, it’s the state-reliant, business-hostile comfort zone in which too many relatively disengaged Buckeye State voters reside. That’s the only plausible explanation why the 2010 gubernatorial race was as close as it was.

The state’s Tea Party adherents have been among the nation’s most active. To help sustain Kasich’s early momentum, they will need to redouble their efforts in the coming months and years. Fortunately, the movement’s leadership is aggressively acting to meet that challenge. Its “We the People” Convention in Columbus on July 1-2 promises to serve as Activism 101 for sensible conservatives, and to build an effective counter to the Alinsky-driven left. Buckeye State residents and out-of-staters who want to leave a free, solvent state and country to their children and grandchildren should seriously consider attending.

Tom Blumer owns a training and development company based in Mason, Ohio, outside of Cincinnati. He presents personal finance-related workshops and speeches at companies, and runs BizzyBlog.com. 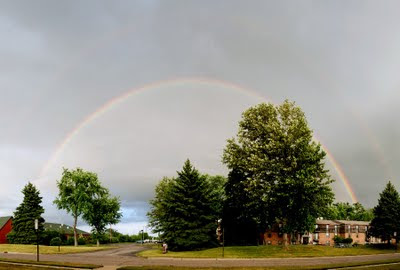 While waiting for better light, this rainbow appears. What luck!
Posted by Roman at 9:10 PM No comments:

Obama warns of new US tactical spats with Israel

Obama warns of new US tactical spats with Israel
Posted by Roman at 12:56 PM No comments: 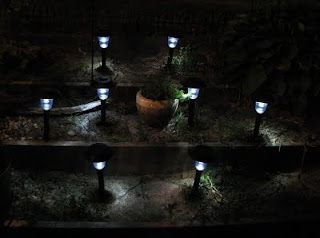 In Journalism, Scaremongering Pays — Or, Is Ethical Journalism an Oxymoron?

by Hans Bader on June 17, 2011 · 0 comments
in Legal,Mobility,Precaution & Risk,Regulation,Sanctimony
As legal commentator Ted Frank notes, ABC was rewarded for deliberate scaremongering and deceptive reporting that created needless fear and anxiety among Toyota owners with a coveted journalism award: “Brian Ross of ABC News repeatedly used footage of Sean Kane criticizing Toyota over sudden acceleration without telling viewers that Kane was being paid by plaintiffs’ attorneys pushing bogus product liability claims; he also faked footage of a tachometer speeding out of control to push the “deadly Toyota” meme. All of these scare tactics and hysteria turned out to be utterly false, and refuted by a NASA/NHTSA report finding nothing wrong with the electronics in the automobile. Ross and ABC News haven’t retracted their scare-tactic stories or even apologized, much less slunk off in disgrace. Rather, ABC News submitted Ross’s quack reports for an Edward R. Murrow Award — and got the award, doubling the scandal.”
At Gawker, John Cook calls Ross “America’s Wrongest Reporter” for “his coverage of the Toyota unintended acceleration story,” which had the effect of needlessly “Fostering Global Panic Based on” falsehoods:


“Ross, you will recall, was one of the driving forces behind the Runaway Toyota Panic of ’10, which was later determined by NASA and the National Highway Traffic Safety Administration to have been largely the result of idiots stepping on the accelerator when they intended to step on the brake, and of other idiots talking about it on TV. Ross was one of those idiots. For some reason, ABC News submitted four of Ross’ Toyota reports to the Radio Television Digital News Association for award consideration. One report they didn’t submit was the one where Gawker caught Ross staging footage to make it seem like a Toyota was accelerating out of control when it was in fact parked with the emergency brake on, doors open, and someone stepping on the gas … In two of the winning reports, Ross quoted safety expert Sean Kane criticizing Toyota and insisting that there were cases of unintended acceleration that “couldn’t be explained by floormats,” which Toyota had recalled in 2009 after some mats became stuck under gas pedals. What he didn’t report was that Kane was being paid by plaintiff’s attorneys who were suing Toyota over unintended acceleration cases, and so had a financial incentive to argue that there was more to the Runaway Toyota scare than just floormats … [Kane's] position—that electronics were involved—was later eviscerated by the NASA/NHTSA report, which found “no electronic flaws in Toyota vehicles capable of producing the large throttle openings required to create dangerous high-speed unintended acceleration incidents.”

As Gawker notes, Ross has a “documented history of shamelessly hyping cooked stories” stretching back to “the 2001 anthrax attacks.”

But to liberal journalists, Ross got the ideological narrative right, even if his facts were wrong. Even if Toyota’s vehicles were perfectly safe, by making them appear unsafe, Ross’s reporting conveyed a larger narrative to the public that liberal journalists believe is generally true: that businesses like Toyota are greedy and evil and need to be subjected to stricter regulation to keep them from menacing the safety of consumers.
Ross’s reward for deceiving and alarming the public reminds me of how the media circled the wagons after the Duke Lacrosse case. After the innocence of the Duke Lacrosse players became too obvious to deny (due to DNA evidence and the admission of North Carolina’s attorney general that the players were in fact innocent), liberal journalists like Evan Thomas of Newsweek defended the media’s rush to judgment about their supposed guilt, after having been falsely accused of a racist gang-rape (by a woman with a criminal record and history of false allegations, who recently stabbed to death her boyfriend). “The narrative was properly about race, sex, and class,” he said. “We went a beat too fast in assuming that a rape took place … We just got the facts wrong. The narrative was right, but the facts were wrong.”
To the liberal media, it seems, even false facts are excusable when they advance a politically correct narrative. Their bestowing of an award on Ross is just the latest illustration of this.
AIM asks whether “journalistic ethics” is “an oxymoron,” noting how “former New Republic reporter Stephen Glass signed a six-figure book deal for a novel after he admitted making up stories for the liberal weekly during the 1990s. CBS’ 60 Minutes showcased him in an exclusive interview, which inevitably helped promote his book. Glass’ novel was widely panned and didn’t make any best-seller lists. But he got a lucrative film contract anyway.”
Posted by Roman at 1:02 PM No comments:

Pay attention to this smart Lady